The Details on Amalgam Fillings 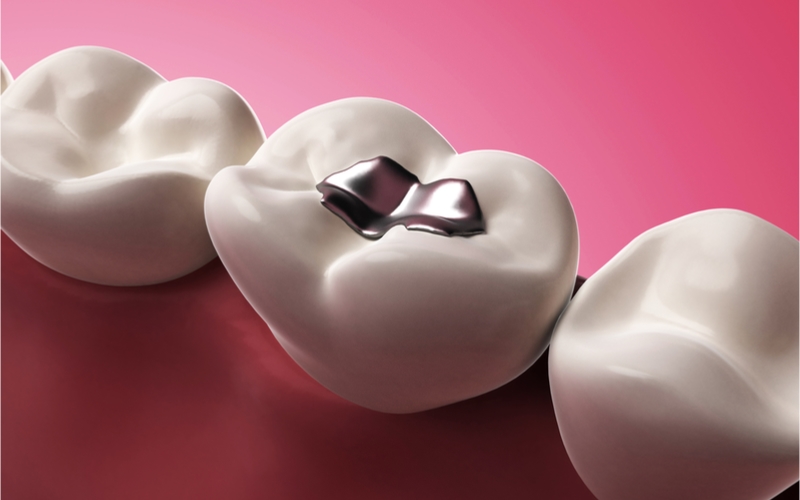 Amalgam fillings are the most recognizable fillings out. They’re commonly referred to as silver fillings, although they’re a combination of mercury, tin, silver, and copper. About 50 percent of the mixture is mercury because it helps to create a strong, durable filling that binds well with the other metals. Mercury has proven to be the only element that binds the elements together in a way that makes it easy to fill a tooth cavity.

Is the mercury in an amalgam filling safe?

The mercury in a dental filling is safe. When it is combined with the other metals during the amalgamation process its chemical makeup changes and renders it essentially harmless. Even when a patient is chewing the amount of mercury released is so miniscule it causes no reason for concern. A patient is exposed to more mercury in food, air, and water.

Studies have shown that amalgam fillings are not harmful and that any diseases related to mercury in fillings are based on random claims, not scientific evidence.

Why would a dentist use amalgam fillings?

Amalgam filling shave been used for over 150 fifty years and have been proven to be some of the safest, most affordable, and most durable solutions to filling a cavity. Current estimates believe there are over 1 billion amalgam fillings placed every year.

Dentists prefer this solution because it is easy to work with, safe, can be quickly placed in a cavity, and is affordable for patients.

Why wouldn’t a dentist use an alternative to amalgams?

The dentist will choose the best option for the patient. This means that if a patient can afford a composite filling and wants one, the dentist will use this option (as long as there isn’t a medical reason not to). Filling materials like gold and porcelain are often quite expensive and can require two visits to complete. Additionally, porcelain and composite fillings are not as durable as amalgam fillings. The only material that is as strong as an amalgam is gold.

How do you treat a patient that is allergic to mercury?

Mercury allergies are quite uncommon and impact less than a percent of the population. If a person is thought to have an allergy to mercury, they should undergo testing and, if they test positive, be treated with an alternative filling material.

I have an amalgam filling, should I have it removed?

No. Amalgam fillings have not proven to be dangerous in the least. In fact, the process of removing and replacing the filling would cause unnecessary discomfort to patients as well as additional expense and increase the risk of further damaging the tooth.

Does working as a dentist expose a person to mercury?

The mercury used in amalgam fillings is contained in a premixed capsule, which greatly reduces the probability of a mercury spill. Additionally, today’s mixture contains the least amount of mercury possible, so exposure is unlikely to cause harm.

Mercury in the food you consume, air you breath, and water you drink is likely to be at a higher level that what you would find in a dental lab.