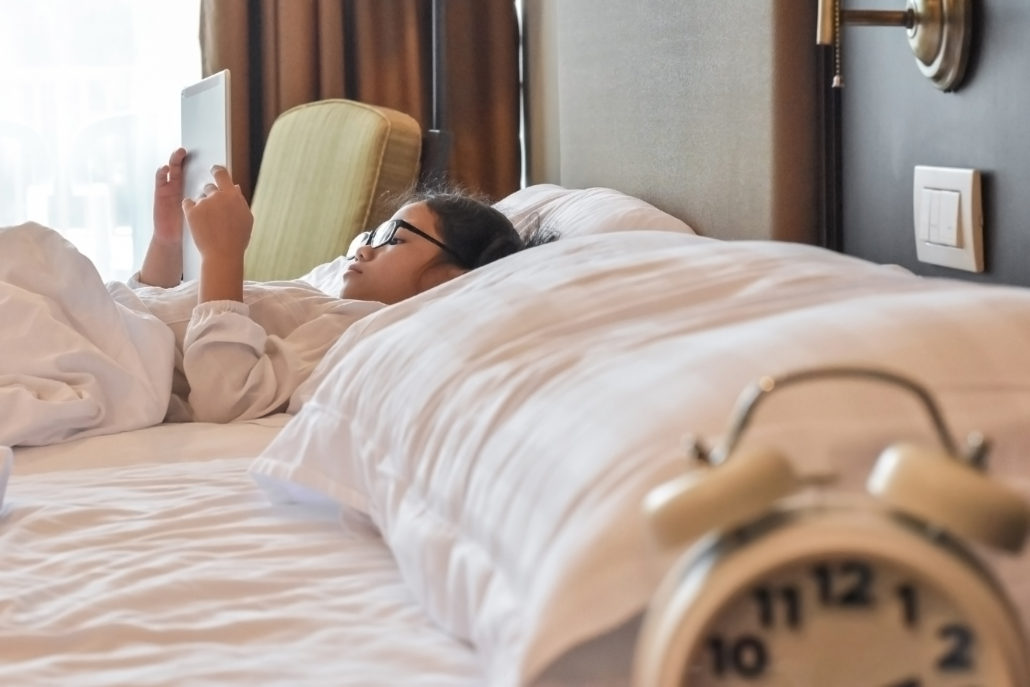 Sleep apnea is a disorder that is most commonly associated with adults, particularly those who are overweight or have nasal obstructions that make breathing difficult. But obstructive sleep apnea is an issue that can plague children as well. And while it’s awful for adults, children lose out quite a bit due to the fact that they need even more sleep than adults.

What is obstructive sleep apnea?

Sleep apnea is caused by a mechanical problem within the mouth. While a child is sleeping their tongue will fall back against their soft palate and block their airway. While this condition is most commonly associated with those who are obese or older and male, children can also suffer from it.

It is thought that sleep apnea might be caused by a neurological phenomenon in which the brain does not properly signal the tongue and throat muscles. Whatever the cause, sleep apnea can cause major issues for children.

What are the symptoms of obstructive sleep apnea?

OSA is characterized by excessive daytime sleepiness. When a person wakes up regularly throughout the night, their sleep patterns are interrupted and they don’t get the sleep they need to function. Individuals who suffer from obstructive sleep apnea typically snore very loudly and will often awake in the middle of the night gasping for air.

Because of the lack of sleep, OSA sufferers can become moody, irritable, and depressed. And who wouldn’t if they weren’t getting the sleep they need?

The side effects of OSA can be particularly troubling for children as they find themselves having a hard time concentrating in class, maintaining friendships, and simply staying awake.

Should I take my child to the doctor?

Yes. If you notice any of the above symptoms in your child then it’s highly advisable that you take your child in for a check-up. The doctor may recommend a sleep study to understand your child’s sleep habits.

A sleep study requires an overnight stay in a sleep lab where technicians perform tests that are then evaluated by a physician.

While it might seem cute that your child is snoring, it could in fact be a sign of a bigger issue. In fact, snoring is one of the most common signs of sleep apnea and should be brought up to your child’s doctor if it is something you notice.

What are the complications associated with OSA?

The most common complication associated with obstructive sleep apnea is poor performance in school. Children with OSA have a hard time focusing and as a result tend to fall behind in their studies. Additionally, children with OSA might suffer from behavioral issues that are a direct result of sleep deprivation.

Eye problems are another common issue caused by OSA. This is likely because they eye’s are not getting the rest they need to be able to focus during the day. Treatment like visual therapy can help reverse the damage done and recovery from eye damage is typically possible.